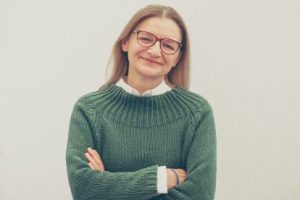 Soon after graduating from Istanbul University with a degree in Classical Philology, Sıla began editing philosophy and architectural books over the course of the next seven years.
In the year of 1993 she began making a name for herself in the film industry as an Art Director. Her first feature was ‘The Serpent’s Tale’ by Kutluğ Ataman. Later on she was hired as a full time Art Director. After Andre Burke’s ‘Odile and Yvette’ shot in the US, she got involved in the advertising scene. Since then, she’s worked for more than 400 commercials with some of the world’s renown directors, including Mr. Ali Tara with whom she enjoyed and mastered her craft.
In 1994, she founded the production department of Young and Rubicam-Istanbul. For more then 10 years she continued working as an agency producer with the team she recruted and trained. During this time, she produced innumerable films for both multi-national companies as well as some of Turkey’s largest co-operations.
She resigned from the agency in February 2005 to help co-found the VAV Film Group in order to create and produce feature projects.
In the summer of 2012 a team of editors (us) whom she knew (too well) during her years working as an agency producer, hijacked her career to co-found Civil Editors.